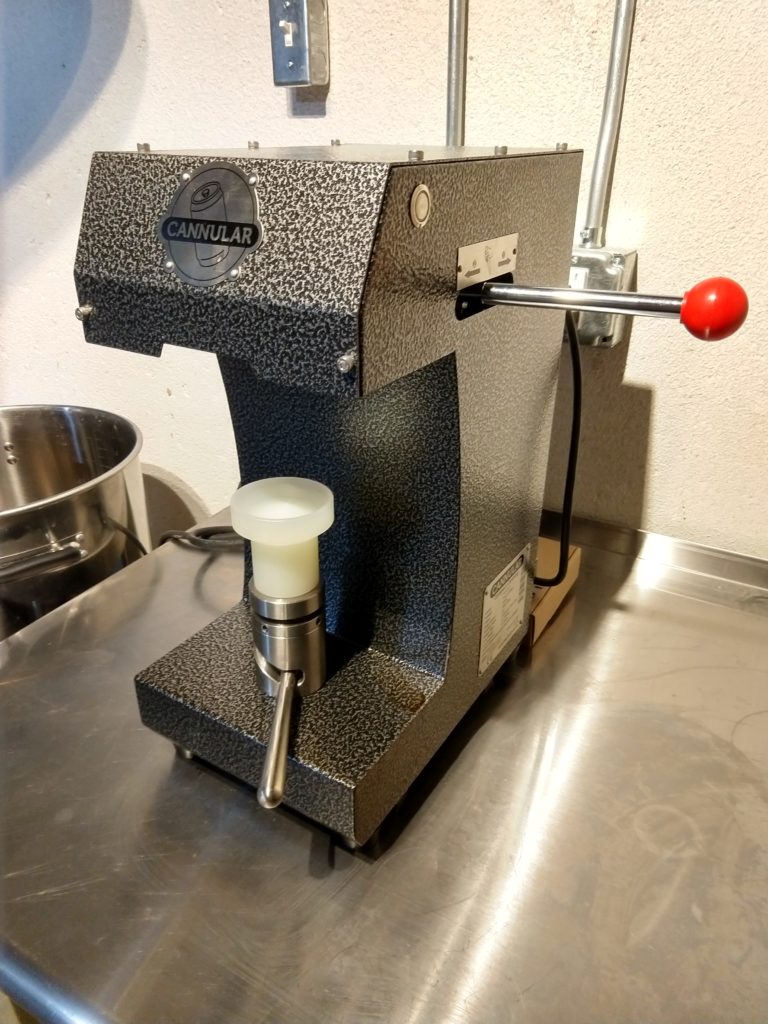 It’s been a long road for craft beer to be accepted in cans and not bottles. But it has been well established that cans are OK, too, and some take it even further to tout cans as a superior storage vessel for beer. I’ll avoid a full-blown comparison of the pros & cons of each, but I do feel it worth noting a couple of the selling points cans have. One is the claim that cans provide better storage with a more oxygen-proof seal than bottle caps, and 100% light blocking versus even brown colored glass. There is probably lots of debate on those two topics, but one benefit that is universally recognized is transportability. Cans are lighter and more compact, a whole lot less fragile, and you can take them to beaches and pools where glass containers are banned.

On the homebrew scale, until recently, the canners available have either been hand-crank monstrosities that look like an exhibit from a museum on the industrial revolution, or electrically driven units that look like steampunk movie props and cost a couple thousand dollars. Then in 2019, KegLand from Australia started exporting their Cannular can seamer that sells for $525 for the unit + power supply and is electrically powered. This changed the landscape significantly in the homebrew world, making canning much more within reach. 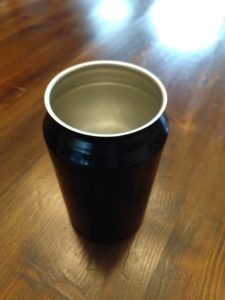 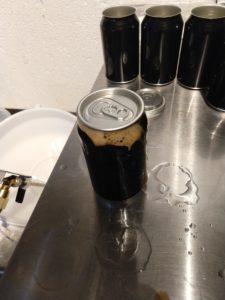 The Cannular operates with a combination of manual lever pulling and electric motor spinning. You start the process out with an empty aluminum can with no top on it. You sanitize the can, fill it with beer, and then take a sanitized lid and set it down on top of the can (ideally on foam, to ensure minimization of air in your canned product). From there, it gets placed on a small pedestal and a lever turn raises the can up into the machinery of the can seaming operation and locks it at that height. The push of a button gets the motor spinning and the can on its platform starts spinning around. Grabbing a different lever, you push back and hold it for a couple seconds, then pull it toward you for a couple seconds, and you’re done. Turn off the motor, lower your can back down on the pedestal, and you’ve canned one beer. 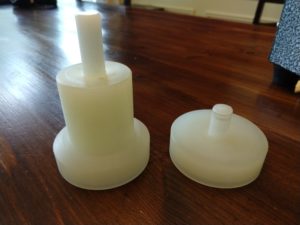 The canner is set up to work with 202 end diameter beer cans with B64 lids. Apparently there are different types, and with some adjustments you can get the Cannular to work with some other can sizes. The unit comes with a base pedestal sized for 500 ml (16 oz) cans, but you can also get an adapter that raises it up a bit and then you can use 330 ml (12 oz) cans. Empty cans/lids of both these sizes are available at MoreBeer, along with the 12 oz can adapter, and of course the Cannular itself. From the factory, KegLand says the machine is good for about 100,000 cans before it will need adjustment of the rollers. Those can be accessed by some set screws in the top portion of the machine.

The construction of the unit was solid and sturdy. The nicely machined pedestal base was made from stainless steel, so it should stand the test of time, operating in a wet environment. The many body of the unit was made from a hammered finish steel, making it attractive and durable. Importantly, all the edges were nicely designed so there were no finger-splitting sharp edges to be surprised by. The plastic adapters that the cans sit on (I had both the 330 ml and 500 ml size) were nicely balanced, but the material seemed like I should probably take care not to drop these too many times. The 24V power supply had a nice, durable, machined housing. The length of wiring from the power supply up to the connector on the unit was about an inch too short, so as a result I had to set it on something (the box it came in worked) to avoid the weight pulling on and straining the wire terminals. KegLand said that based on early feedback, they had already lengthened this, so new units have plenty of length. 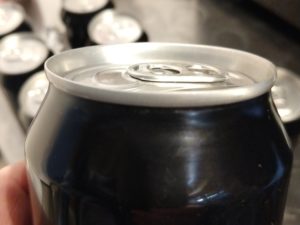 Closeup of Can Seal

Even though I was using the cans that the unit is factory set to, I decided I’d still follow the set-up guide from the KegLand website. After grinding open some test-seamed cans and trying to distinguish overlap, I found I was way above the minimum specification, meaning a good robust seal. So I would recommend skipping this step if you’re using the specified cans and just do some practice runs with water. My first cans I damaged quite a bit, wrinkling the side walls like a crumpled newspaper. I found this was due to me applying too much force to the manual lever up top when pushing it back and pulling it forward for the two crimping steps of the process. So it only took me about 4 trial cans until I got the knack for the right level of pressure to apply on the lever so as not to wrinkle the cans.

I then moved on to the real deal, carbonated beer from a keg. I had a small bucket filled with Star San solution, and I dipped the cans in it before filling, and the lids before placing them on top. KegLand recommends using a bottle filler, so I used my Blichmann beer gun to fill the cans. Same process as bottling- blasting the bottom with CO2 first, then filling, and placing the top on foam. Doing this meant foam running down the sides as the lid was placed on, which then meant a Beer Sprinkler when I turned on the unit and the can started spinning, flinging beer foam in all directions. This was less dramatic when I wiped down the outside of the can before spinning. But be prepared to have wet beer around and plan accordingly, making sure everything in a spinning radius can be easily cleaned up afterward. Cleanup was really pretty easy, with a wet rag and a spray bottle to wash down things and wipe them off. The materials of the Cannular made cleanup very easy.

As excited as I was to try this out, I had to remind myself that since I’ve moved from bottling to kegging, I haven’t bottled anything in a long time. So while trying out canning, I also bottled some again to see if there was a process benefit to canning versus bottling. The bottles also turned out to be a useful comparator since most of my “canning issues” were really could more accurately be called “beer gun issues”. But from a filling process standpoint, there’s really no difference in time or difficulty between bottling a beer and canning a beer.

Dialing In the Cannular

It took me 3 trials to get it honed in. In my first trial, I had a lot of foaming issues- both in cans and bottles. Based on filled weights, I got 8 – 10 oz in my cans and bottles. But I was filling from the beer gun with CO2 set to 10 psi, and afterward I remembered the Blichmann troubleshooting guide suggested 5 psi.

My second trial, I used 5 psi, and had less foaming problems. It took about 20-30 seconds per can to fill. I was getting 10.5 – 11.5 oz in cans and bottles with this trial. Although I got a good hiss when popping the tab open, there was little to no carbonation in the glass shortly after pouring it.

For the third trial, KegLand had suggested I chill my beer first to sub-freezing temperatures and focus on keeping things cold. So I turned my keezer down from its usual 35F to 30F for 24 hours prior to filling time. I also put the beer gun and its length of liquid line inside a cold fridge for the same amount of time. When pulling the keg out to use, I put it inside my Cool Brewing insulated keg bag with a flat ice pack slid down in the bag to keep things cold. Dispensing through the beer gun at 5 psi again, this time I had very little foam in the can while filling. The fill volume turned out even better, getting 11.5 – 12 oz in the cans/bottles. 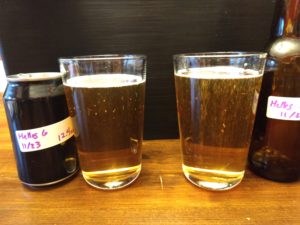 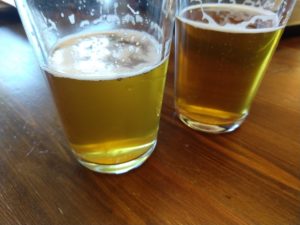 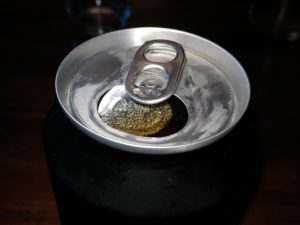 Full Can Fill After Dialing in the Cannular… Carbonated Beer

When opening these 24 hours later, I was pleased after popping it open, I had a good steady stream of carbonation bubbles going well after pouring it into my glass. I then went and filled a glass out of the tap from my keezer and found it had less carbonation bubbles even than the can. Although this made sense from the fact that beer carbonated at 30F @ 10 psi has 12% higher volumes of CO2 than the same beer carbonated at 35F @ 10 psi, it was still surprising. The comparison also reminded me that draft beer isn’t foolproof, as I noted not only the carbonation differences, but the telltale haze of unclean beer lines. A spot check on beer 16 days after canning showed it still held good carbonation. The bottle this time had slightly better carbonation, but as you can see from the picture it also had slightly more beer. Again reconfirming it’s all about how well you get it filled before sealing it.

The canning process itself was easy, somehow feeling smoother than bottling, even though they both took the same amount of time. And through my trials, I found that whether I was filling a bottle or a can, I was able to get about the same volume of beer in either. So really the key to successful canning is successful beer transfer into the can when canning. There is a substantial investment to get into canning. But if you can afford it, and canning your beer will allow you more/easier ways of taking your beer with you, I think the Cannular won’t disappoint.

Get a Deal on Cans!

Hands on Review: Oktober Design SL1 Can Seamer – Can Your Homebrew! 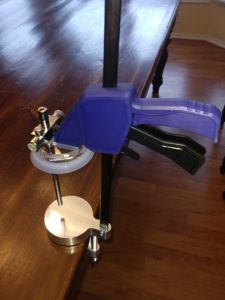 The Tapcooler is a Counter Pressure Bottle Filler designed to easily attach to compatible forward sealing faucets.  The Tapcooler has an available Canning Station Add On.  Check out our Hands on Review of the Tapcooler 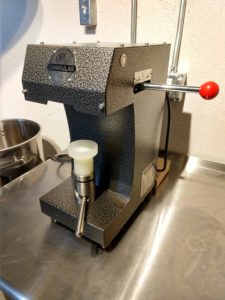 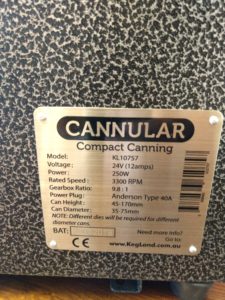 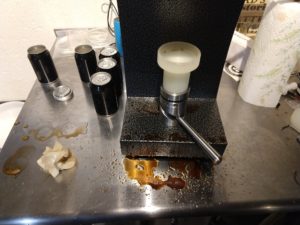 After Canning a Batch of Homebrew – Cleanup was easy 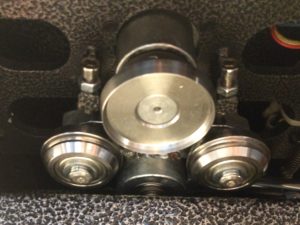 Die Works That Does Can Lid Crimping 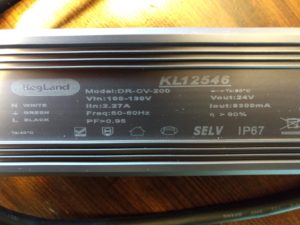 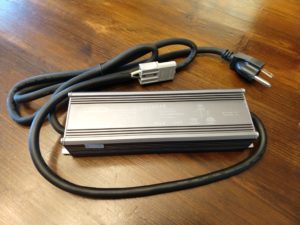 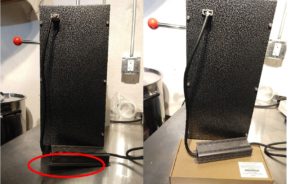 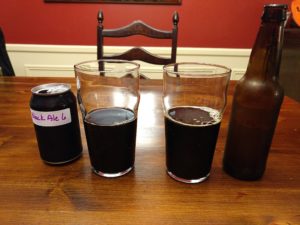 First Trial: Cans Had No Carbonation 24 Hrs Later – See Section on Dialing In the Cannular 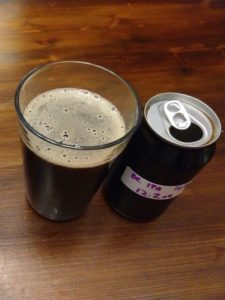 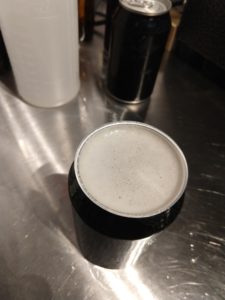 Successful Can Fill with Minimal Foam on Top 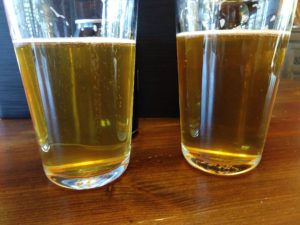 Successful Run: Can Carbonation on Left, Bottle on Right 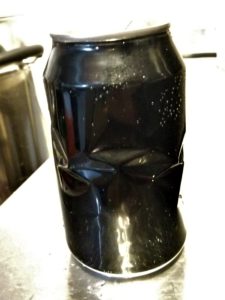 Test Can: Pulled on Lever Too Hard 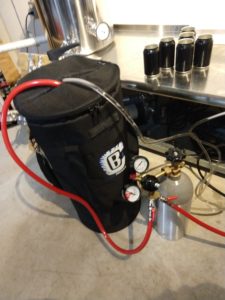 Special Thanks to Kegland for providing the unit used for evaluation in this review.

Make sure the components you use are compatible and rated for your intended application.  Contact manufacturer with questions about suitability or a specific application.  Always read and follow manufacturer directions. review:cannular tag:tpr rs:4

5 thoughts on “Hands on Review: Kegland Cannular Bench Top Can Seamer – Can Your Homebrew!”