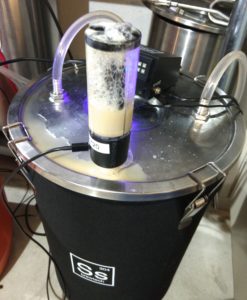 There are more products entering the market for monitoring your fermentation progress digitally, and recording the data. I’ve used a wireless digital hydrometer for a year now. Worlds are opened when you can track your gravity over time and adjust fermentation conditions based on what you see. Dry hop addition timing and fermentation temperature adjustments can be custom-tailored to each batch to make sure it reaches its best potential.

The Plaato digital airlock design principle is based on chemistry. The major resulting products of fermentation are alcohol (ethanol) and Carbon Dioxide (CO2). Research has shown that the change in gravity of fermenting beer is roughly proportional to the creation of CO2. To get the math to work, you start with the Original Gravity and volume of wort so you know how much total sugars are there. Then as you measure CO2, you can keep track how much of that sugar has been converted to alcohol. The team at Plaato started with this principle and then conducted a bunch of fermentations to develop the algorithm that runs in the Plaato software to track the gravity.

The digital airlock is roughly the size of a 3-piece airlock, and you fill it half-way up with water. CO2 pushes up through that water in the form of gas bubbles. The body of the Plaato airlock has a “bubble divider” that takes the blobs of CO2 and divides them into evenly sized bubbles to pass by the sensor. The airlock is actually counting the number of bubbles, not measuring the time between bubbles. In this manner, it can tell the difference between a small bubble and a large “glug”. The fermentation of 5 gallons of wort produces many hundreds of thousands of these uniform-sized bubbles to be counted.

The data is transmitted via Wi-Fi to Plaato servers, and the App on your smartphone reads that data and plots it out. It plots three things: 1) gravity, 2) running total of bubbles produced, and 3) room temperature from a sensor in the body of the airlock. The meter is powered by a standard USB cable (6 ft cable provided, you need to provide the AC/DC converter plug). 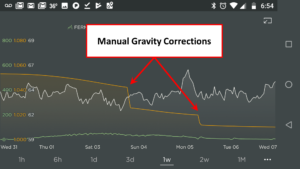 The airlock has a learning feature so if you take a gravity reading yourself during fermentation and want to adjust the reading from your Plaato, you can manually enter this. With all of this data from all of the airlocks going home to the mothership, Plaato has the ability to adjust/improve their bubble count algorithm from every customer’s fermentation.

Get the Gear: PLAATO Airlock – WiFi Fermentation Analyzer for Homebrewing – via Amazon

I had mixed results trying to get Plaato to work. The Plaato fits anywhere a regular 3-piece airlock would fit. However, my typical method of fermentation temperature control is with BrewJacket immersion rod chillers. With the size of the BrewJacket [Review] control head, there isn’t room for an airlock so I use a blow-off tube. I tried using a short length of tubing and plugging the Plaato into that, but I didn’t have good luck on getting that to work. I expect my set-up was probably not 100% leak-proof and escaping CO2 exited through ways other than through the airlock. 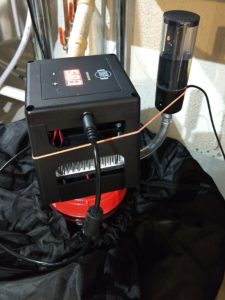 I then tried using it with a different fermentation temperature control system (Cool Zone cooling jacket) which allowed me to fit the airlock in a normal orientation. Unfortunately, it was a fairly active fermentation, and about a day into fermentation my data tracking was lost as the airlock filled up with expelled yeast foam.

I tried it on my SS Brewtech Brew Bucket [Review] since that had plenty of space for an airlock with the chilling hardware down inside the fermentor. It seemed like it was working pretty well for me, with a slow increase of bubble count at the start of fermentation. The App plots bubbles per minute (BPM) and acts like a speedometer. As fermentation ramps up, the BPM count ramps up correspondingly. However, I took wort samples to see how its prediction was doing, and I found it to be significantly under-predicting gravity drop. I had to input my measurements into the learning algorithm to adjust the gravity down by 10 – 20 SG units. So although the shape of the curve looked good, the amount of error was significant. With that much error, I was unable to tell the difference between a stalled fermentation and a fully completed fermentation. 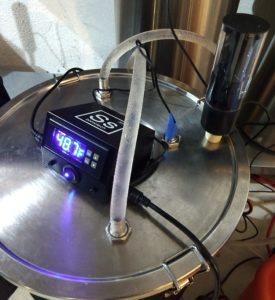 Another issue I ran into was with the airlock water getting pushed into the fermentor prior to start of fermentation. I was fermenting at a cool temperature and having trouble getting fermentation to start. Overnight, my basement temperature dropped to be just below the fermentation temperature. When the furnace kicked on, the room heated up significantly. I happened to be standing there at this moment and I saw the water level start to drop in the airlock. As I continued to watch, not realizing what was happening, it proceeded to push the entire airlock full of water back into my fermentor. Regular airlocks are prone to this behavior in more extreme conditions like cold crashing, but the Plaato seems to be a bit more sensitive. 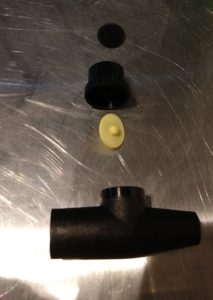 The Plaato team developed a simple valve to be used between the airlock and your fermentor. It contains a small silicone flap, and in a situation like this where a vacuum is created in the fermentor, it will crack open the silicone flap and bleed in some outside air until the pressure equalizes. The valve is covered on the outside by a small foam block made of activated carbon. The foam will keep spiders from getting sucked in, but you’re still letting room air through. Of course that’s a better option than sucking back your airlock load of water.

The Plaato team was responsive and helpful to work with. They quickly replaced a Plaato airlock that was defective and wouldn’t power up for me. And they turned me on to the Plaato Valve when I told them about the water draining phenomenon I watched. As I described the issues I had with the gravity measurement being off, they shared their experience with the Brew Buckets they had recently purchased and saw the same. They were reaching out to SS Brewtech and said they’d keep me informed of what they found.

In the end, unfortunately, I never did get the airlock to function properly for me. I loaned them out to a couple of brewing friends to see if their fermentors/set-ups would be conducive, but they were unsuccessful as well. It definitely seemed like it had potential with its bubble meter and clear tracking of fermentation speed. If you need to use a blow-off tube, the Plaato isn’t going to work. But if you’ve got a rock solid air-tight fermentor, and your fermentation temperature control has room for an airlock up top, you might have better luck than me.

Homebrew Reviews and More!  Check out our extensive homebrewing reviews library, our collection of resource posts and connect with us!

The Plaato is not compatible with excessive fermentation 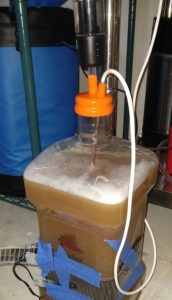 Plaato Valve Installed in a Carboy 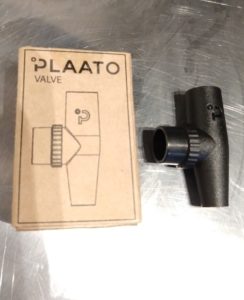 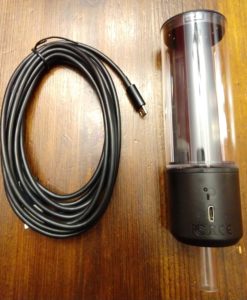 What’s in the Box

Special Thanks to Plaato for providing the unit used for evaluation in this review.