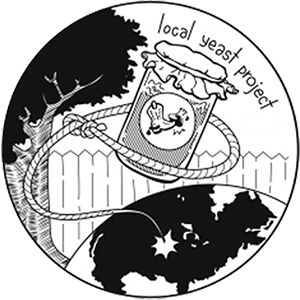 High Gravity Homebrew’s quarterly allocation of Bootleg Biology yeast strains has just been announced.  These are very popular and usually sell out quickly.

Bootleg Biology is excited to release their first 100% Lactic Acid Bacteria souring blend. They chose this specific blend because of its ability to sour quickly and cleanly at a range of temperatures, and due to its mild hop tolerance.

While not “yeast”, this culture blend of two unique strains of Pediococcus pentosaceus is part of their LYP collection because it was sourced entirely from the wild: an anaerobic malt starter, and flowers from Murfreesboro, TN given to them by their good friend Art Whitaker.

Perfect for quickly acidifying unhopped wort for kettle/”quick” sours or co-pitching with yeast. At 98F, it’s capable of achieving a pH of 3.3 within 18 hours. At 84F, it can reach a pH of 3.5 within 24 hours. With more time, a terminal ph of 3.1 may be reached.

P. pentosaceus can also be used for long-term sours. It is capable of growing and producing lactic acid in worts with IBUs as high as 30, though it is recommended for unhopped worts as IBUs over 10 may prevent significant souring.

This culture may produce antimicrobials called bacteriocins or pediocins. These can inhibit and kill similar species of bacteria like Lactobacillus and other Pediococcus species in mixed-culture fermentations. Read their Facebook post regarding bacteriocins for more info.

No signs of ropiness (exopolysaccharides) have occurred in testing.