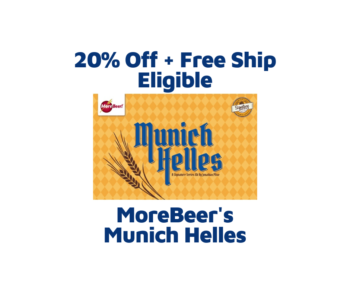 More About This Beer!

Jonathan Plise has been making beer since the year 2000 – his first batch being a porter that was less than drinkable. He then spent the next few years researching and developing his recipes, fermentation regimen, and sanitation – Jonathan’s most dramatic improvements came when he learned about oxygen and yeast starters. In 2006 he was awarded California Homebrewer of the Year sponsored by Sierra Nevada Brewing Co.

Jonathan’s Munich Helles is rich and complex. The malt is upfront and smooth, while being anchored by the low hop additions. He has won 9 awards with this recipe, including one Best of Show and a Gold at the NHC in 2005. Jonathan recommends White Labs WLP833 German Bock Yeast.