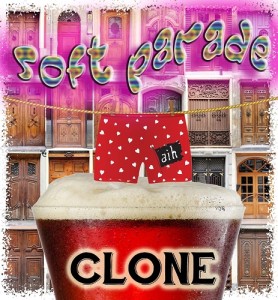 I’ve had the distinct pleasure of trying Short’s Brewing Company’s beers on a couple of occasions.  Once at NHC and once at GABF.  I’m a huge fan.  Shorts brews some off the wall and generally delicious beers.  Bravo!

Adventures in Homebrewing is in the same neck of the woods-ish as Shorts Brewing.  I’m not sure exactly where the points on the ubiquitous mitt illustration 🙂 would be, but they are both in Michigan.

AIH has developed a clone for Soft Parade,  The rye based recipe features flavors from four varieties of berries.  It includes fruit puree, malt extract, specialty grains and hops.  The beer comes in at about 8% ABV.