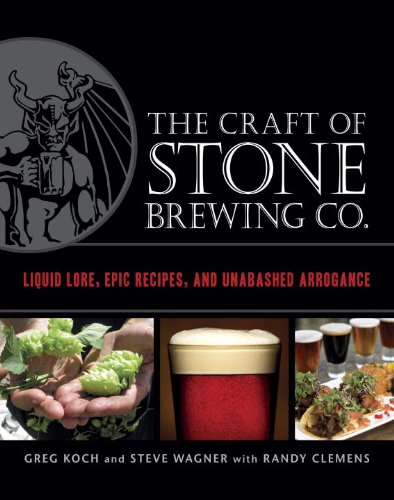 Since its inception in 1996, Stone Brewing Co. has been the fastest growing brewery in the country—Beer lovers gravitate to its unique line-up which includes favorites such as Stone IPA and Arrogant Bastard Ale. This insider’s guide focuses on the history of Stone Brewing Co., and shares homebrew recipes for many of its celebrated beers including Stone Old Guardian Barley Wine, Stone Smoked Porter, and Stone 12th Anniversary Bitter Chocolate Oatmeal Stout. In addition, it features recipes from the Stone Brewing World Bistro & Gardens like Garlic, Cheddar, and Stone Ruination IPA Soup, BBQ Duck Tacos, and the legendary Arrogant Bastard Ale Onion Rings. With its behind-the-scenes look at one of the leaders of the craft beer scene, The Craft of Stone Brewing Co. will captivate and inspire legions of fans nationwide.

The Homebrewer’s Library Selection of Homebrew and Craft Beer Books