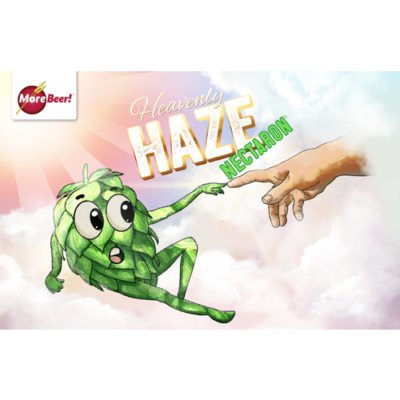 Heavenly Haze is our series of single-hop Hazy IPAs. Whenever a hip new hop hits the scene, we’re as excited to brew with it as you are! We developed Heavenly Haze to use a straight-forward hazy IPA malt bill as a base that’s shared between all Heavenly Haze recipe kits—the only thing that changes is your hop of choice! This allows you to really zero in on the different flavors and aromas of one particular hop, and it’s how we recommend experiencing a new hop you haven’t brewed with before. We’ll continue to expand our Heavenly Haze series to include newly released hops that are perfect for NEIPAs, as well as circle back to include some of our favorite hazy hops that have long been available.