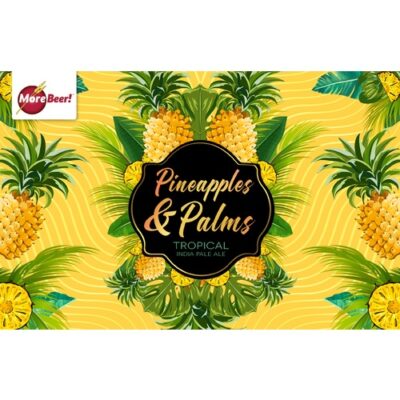 If you like brewing MoreBeer! then you’ve come to the right place! This is our Beer Kit Combo Deal Page or ABCD (Another Beer Combo Deal) for short. We will update this page monthly (sometimes More! often depending on the popularity of the deal) with two recipe kits and you will get one of them 50% off when bought in combination with each other. Simply select what version you want i.e. Extract or All-Grain of both kits and apply the coupon code below to get 50% Off one of the kits. Please note this coupon code will not work with other codes. Cheers to a great deal and brewing MoreBeer!

Note from HBF: These combo packs have been very popular. The deal graphic may show “monthly” but they’ve been selling out in short order. The sale landing page also indicates this, saying that the deal may cycle more often, presumably because of sell-outs. I suggest purchasing sooner rather than later to get in on this deal.

A relaxing vacation is only a pint glass away when you have this Tropical IPA on hand. After the SMaSH-ing success of our Mai Tai PA clone kit, Flamingos & Fronds, we decided to keep the island vibes going with a similar recipe featuring a new hop. Pineapples & Palms is centered around the incredibly fruity BRU-1™ hops, a varietal that is absolutely bursting with the sweet, fruity aroma of pineapple. Used for bittering, aroma, and dry hopping, BRU-1™ is an ideal choice for single hop beers. With no specialty malts in the mix, your taste buds will cut right to the headliner hop. In addition to the unmistakable pineapple character, you’ll pick up notes of pear, apple, and a hint of fresh cut grass. You’ve earned a break from life’s unrelenting hustle and bustle, if only for as long as there’s beer left in your glass.