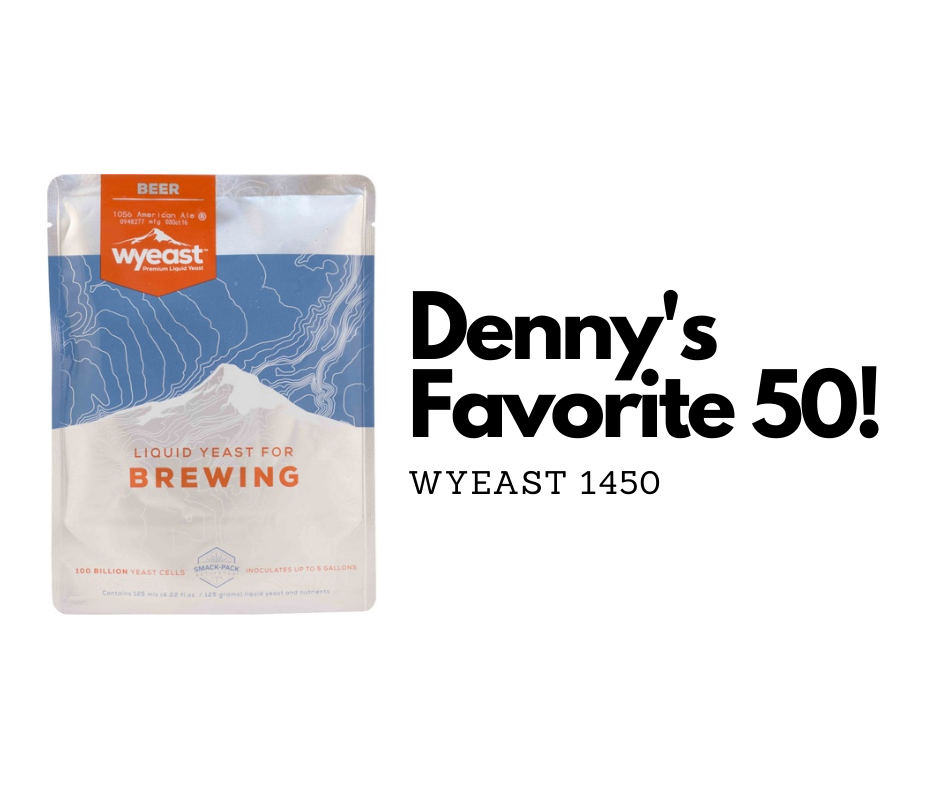 Denny’s Favorite 50 is my go-to American style yeast strain. I prefer it over US-05 and similar.  This yeast was preserved by legendary homebrewer Denny Conn (author page on Amazon).

Here’s the story behind Denny’s Favorite 50 from the source, via a post on the Homebrewer’s Association forum

Many years ago I decided to try my hand at yeast ranching. I bought a kit of supplies and some slants from a company by the name of Brewtek, which I later found was run by the inimitable Maribeth Raines. I picked slants at random and one was called CL-50 Cal. brewpub yeast (or something like that). I had just finished developing my Rye IPA recipe and had been using WY1272 for it. I tried the CL-50 and found that it gave the beer a wonderful silky mouthfeel which really complemented the other aspects of the beer. I started using it as my base AM. ale yeast in lieu of 1272 and 1056. I also started talking the yeast up online in the few brewing discussions that were around back then (primarily rec.crafts.brewing for you old timers). A few people started buying slants and many more wanted to see it come put in a larger, more common homebrew format. Meanwhile, back at the ranch (who doesn’t love saying that?), MB had shut down Brewtek and sold the stock to a company in CO. Don’t recall the name, but I ordered CL-50 from them a few times. I saw it going downhill every time I got some, and IIRC that store eventually sold the library to someone else. I had met and begun talking to Dave Logsdon, then owner of Wyeast, about them releasing it commercially so more people would have access to it, but Dave was reluctant as long as someone else had the strain. Some kinda BS about ethics, ya know….;) . I ordered a couple more slants from whoever had it back then just before they vanished. When Dave found out it was no longer available, we arranged for Wyeast to get a sample from my yeast bank. They went back and forth on what to call it (I suggested “Noti Ale yeast”) and finally informed me it was going to be called “Denny’s Favorite 50”. Since I make largely Am. style beers, it’s still my go to yeast for almost all of them. It makes a great BVIP and I really like it in my Noti Brown Ale recipe also (Am. brown ale).

So there you have it. I feel like I’m a really lucky guy to have had such great honors as a homebrewer….the yeast, the GC, the great friends I’ve made.