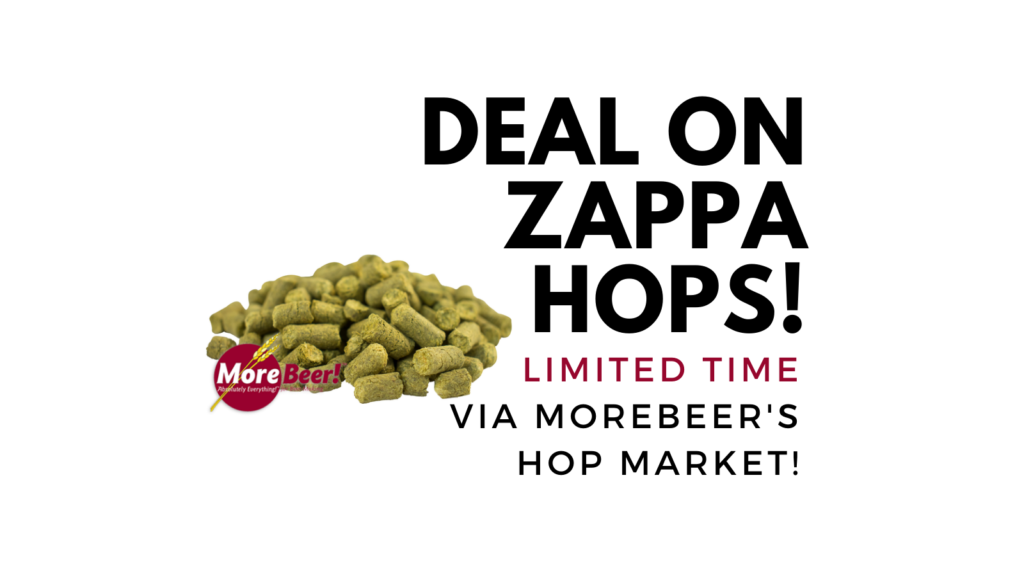 The Hop Market! at MoreBeer – current offerings – sorts to show most popular first

This brings lbs of Zappa down to $20.99.  This can change quickly, check Hop Market for current selections and pricing.

These hops are far out, man! Named after Rock and Roll Hall of Famer, Frank Zappa, this neomexicanus breed was first found in the mountains of New Mexico and later developed by CLS Farms. As wild and free as the music Frank composed, Zappa™ hops are tough to nail down with any singular description. Tropical fruit, pine, and citrus first come to mind, but descriptors such as passionfruit, mint, fresh, purple, savory, impulsive, and fruity pebbles have also been used in an attempt to capture the essence of Zappa™. Use for aroma, whirlpool, and dry hopping additions. Highly recommended for fruit-forward styles like hazy or milkshake IPAs, as well as fruited sours, pale ales, and wild or mixed-fermentation beers.