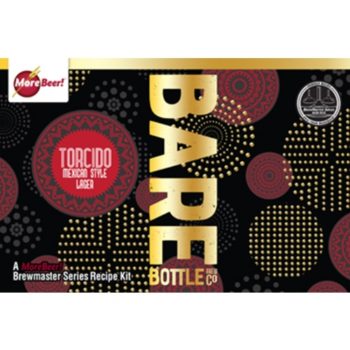 The most compelling stories always have a twist. Barebottle’s award-winning Torcido is a Mexican pilsner with a German Helles twist. Combining these styles results in a light and refreshing lager that would make even M. Night Shyamalan do a double take. Originally developed by Barebottle brewer John “Magic” Montes, Torcido took gold in the 2019 Great American Beer Fest and in turn became the inaugural inductee into the Viking Malt Hall of Fame. Brewed with Viking Pilsner, flaked corn, a dash of Carahell®, and hopped with two additions of Crystal and Saaz.

Barebottle Brewing Company was born in San Francisco, CA with the idea that craft brewing shouldn’t adhere to the strict guidelines of established beer styles. Founded by a trio of friends and former classmates, they continue to pay homage to their homebrewing roots by printing a scaled down version of their recipe on every label. If you ever see one of their creations out in the wild, we highly recommend that your buy it, drink it, and then brew it!