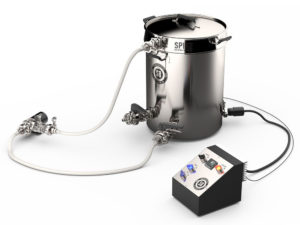 Spike’s Solo Systems have been wildly popular.  Check out this statement from Spike after the two rounds of pre-sales…

As of this posting, these are available to purchase!  In previous posts I told you I’d keep a close eye on these and I have.  As such there has been no official announcement.  So, I have no idea if this is just another limited quantity presale or how many may be available.

Also: Spike Brewing’s Bargain Cave – a rare chance to get a deal on Spike gear.  Quantities and selection can be very limited.  If you see something you like, I suggest purchasing it quickly.