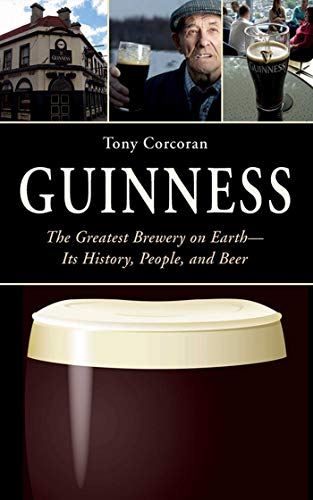 There is no other company, industry, or premises more closely aligned—indeed almost synonymous—with its hometown than Guinness’s St. James’s Gate Brewery and the city of Dublin. From the company’s modest beginnings in 1759 to its heyday in the late nineteenth and early twentieth centuries and its continued strength into the twenty-first century, Guinness has had an enormous influence over the city’s economic, social, and cultural life.

In this warm and fascinating piece of history, Tony Corcoran examines the magnitude of the brewery’s operation, and the working lives of the thousands of Dubliners who have depended on Guinness for their livelihood, either directly or indirectly. The company’s unusually progressive treatment of its workers—health care, training, and housing—is revealed in detail, as is the Guinness family’s philanthropy and compassion towards the less well-off residents of the city. Tracing Guinness’s progressive attitudes to their roots, Corcoran also explores the important roles of the strong-willed women in each generation of the Guinness dynasty. Guinness is a labor of love, full of anecdotes, humor, and historical insights into one of Dublin’s most important and best-loved institutions.

“Whenever I bleed, I am always surprised to see that my blood is not black. Certainly, when you consider that I was born into two Guinness families, had two Guinness grandfathers and five Guinness uncles, and was on the premises of Guinness before I could walk, I am as much a product of Guinness as the black stuff itself.” —Tony Corcoran