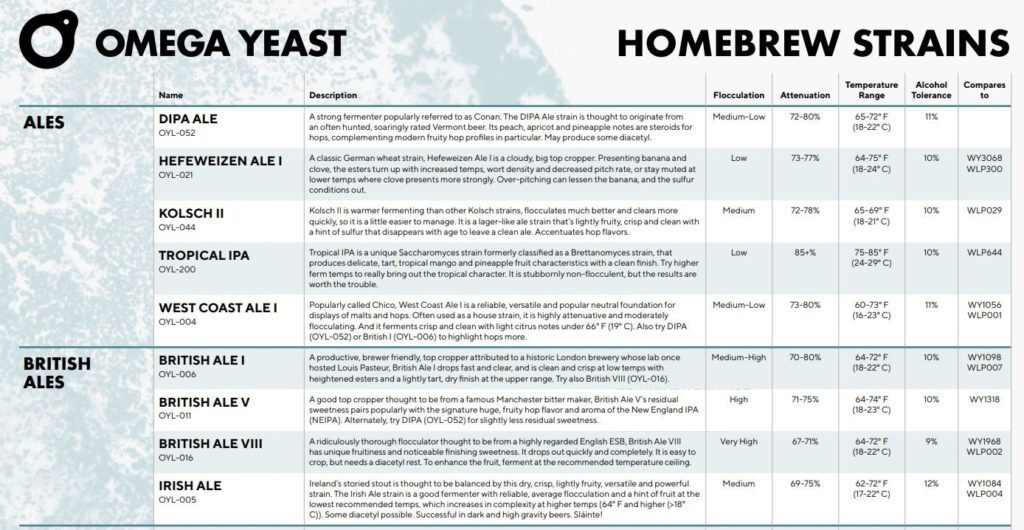 Each of the Omega packs contains 100mL liquid yeast slurry and at least 150 billion cells.