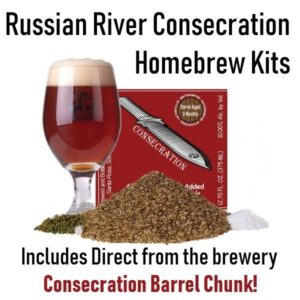 Save 15%!  To Celebrate National Sour Beer Day MoreBeer is discounting select sour beer related products by 15%.  The lineup includes their Consecration kits (direct from the brewer recipe + actual Consecration barrel chunk!), select bacteria and lots more.  Use coupon code SOURPOWER to get the deal.  Most items bundle with MoreBeer’s Free Shipping.  Under that promo most orders over $59 ship for free.  Check MoreBeer for current availability.