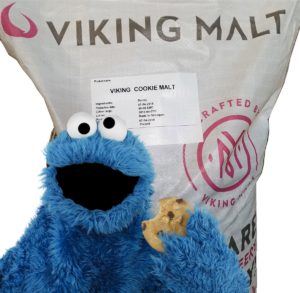 “Viking malt has a great European history dating back five family generations to 1883. They are the largest producer of specialty malt in the world and the 9th largest overall malt producer with an average annual production around 600,000 tons. Viking Malt operates six malt houses in Northern Europe and their largest customer is the famous Carlsberg brewery.

With a Viking appropriate statement of “Discovering the World of Malt” the diversity and selection of malts is amazing. After six months of malt comparison analysis at their labs in Finland and many test brews in our MoreBeer! test brewery (check out our past Instagram posts) we can attest the malt is of a very high quality. Extract is high and protein and dmsp levels are on average lower than similar domestic malts. Viking only sources non GMO modified barley from local farmers located close to their six malting houses. Additionally, the cold winters of Northern Europe provide a natural pest reduction, greatly lessening the need to use chemical pesticides.

Viking Malt is also known for growing the malt varietal Charles, a null-lox malt. Null-lox malts do not contain the enzyme lipoxygenase (lox) which leads to trans-2-nonenal in aged beer. Trans-2-nonenal is responsible for beer staling and the associated flavors of cardboard and paper. Normally the null-lox varietals are sold at a premium in Europe, but our initial shipments of base malts will all be crafted from the Charles null-lox varietal at no extra cost.

The value of Viking Malts is tremendous. The quality is world class and the price is super competitive!”

What’s going on at MoreBeer Today?  Today’s Deal of the Day | Sale Items