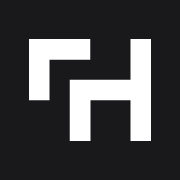 About the Craft Kit Lineup, from Brewer Dude:  “Big Beers” encroachment into the craft of independent breweries is no joke. Many of our cherished and most popular brands are now under the ownership of global beverage companies. The power of big beer to control what you see on the store shelves is surely felt by the small breweries trying to promote their product.
In the spirit of preserving the craft and culture of independent breweries we launched our Craft Brew Kit program. We will showcase different independent breweries and their beers in our catalog and website.

With their cooperation, we present to you popular beer from the brewery that you can make at home. A portion of your purchase will go directly to the brewery, supporting the working families and entrepreneurs that keep craft beer alive and well.”

There you have it, buy one of these kits, get a commercial beer recipe directly from the brewery and help support independent craft beer!