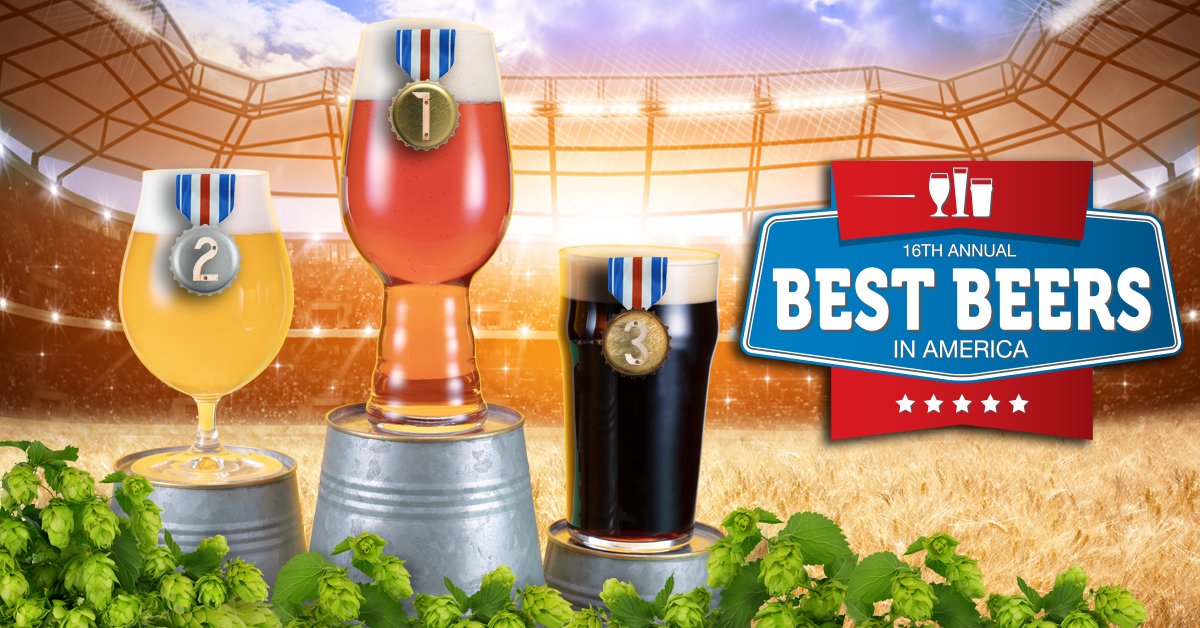 The American Homebrewers Association (See: Why you should be a member of the AHA! | AHA Membership Deals) has announced the results of their annual poll of Zymurgy Magazine readers to determine the Best Beers in America.

Russian River’s Pliny the Elder held the top spot for 8 consecutive years.  Last year, it was unseated from the number one spot by Bell’s Two Hearted Ale.  #1 and #2 beers are repeats for last years poll.

Top 10 Beers [Along with some clone options]…

Note: T indicates a tie, All breweries marked with an asterisk (*) are small and independent craft brewers