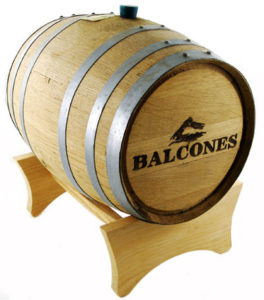 Used 5 gallon whiskey barrels are very popular for homebrewers.  Brewers use them to age stouts and porters, age other beer styles, make sour beers and more.

This is one case of a smaller item being more coveted than a larger one.  Most distilleries use larger 10 and 15 and… up – like 53 gallons sort of up.  As you can imagine, most homebrewers don’t want to find a place for a 15 or 53 gallon barrel in their home.  Also, most don’t have the ability to brew 53 gallons to keep one of these behemoths full.  Beyond being sought after for their reasonable size, there is also a supply issue.  As I’ve mentioned, this isn’t a standard size for commercial distilleries.  That means supply is relatively low on the 5 gallon size.

I’m not suggesting any of those are deals at any particular time.  Just places that MAY have used 5 gallon barrels in stock.