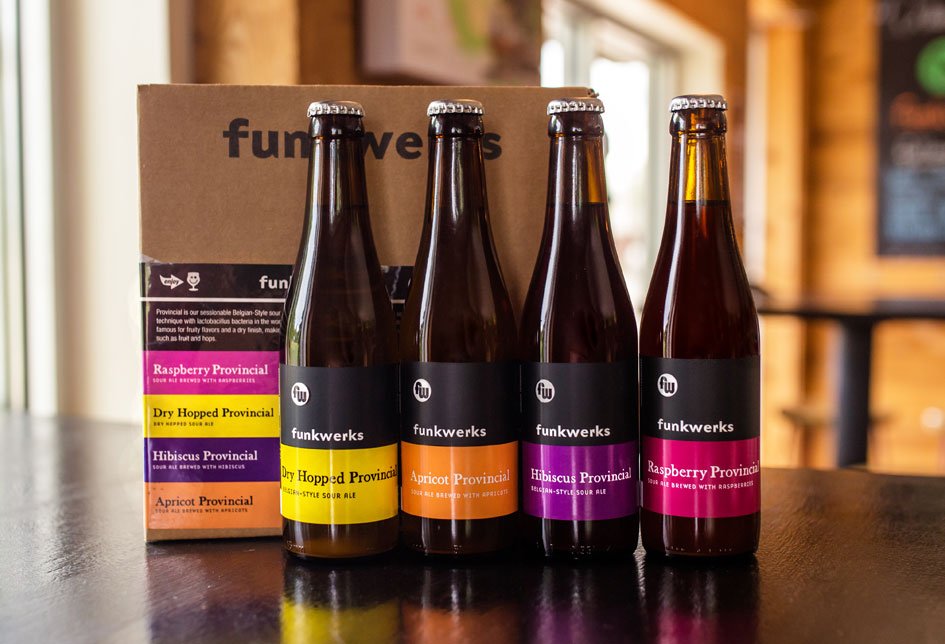 “Funkwerks, a saison-focused craft brewery in Fort Collins, Colo., has racked up more than its fair share of awards since opening in December 2010. Co-founders Brad Lincoln and Gordon Schuck took home gold and silver medals at the 2011 and 2012 Great American Beer Festivals (GABFs), respectively, for their flagship Saison, and the brewery won gold for Deceit (a Belgian-style golden strong ale) and was named Small Brewing Company of the Year at the 2012 GABF.

In 2014, Deceit won a World Beer Cup silver and Raspberry Provincial took home GABF gold. Raspberry Provincial is a kettle sour, which is a beer that relies on bacterial souring pre-boil to achieve its tart, refreshing character. Unlike, say, traditional lambic, which requires months or years of aging with a mix of microbes to achieve a complex, funky sourness, a kettle-soured beer needs only a day or two to gain a pleasant lactic acid tang. The method isn’t ideal for Flemish red, oud bruin, and lambic-style ales, but it’s perfect for gose, Berliner weisse, and other “clean sour” styles that primarily exhibit a lactic character.”  – Read the complete article on the Homebrewer’s Association’s website

If you’re not a member of the American Homebrewer’s Association, I think you should consider joining – Here’s Why