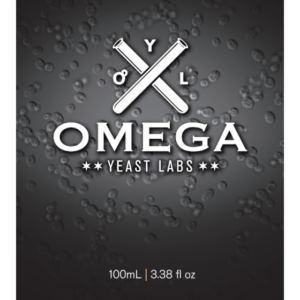 From Home Brew Supply: “Omega Yeast Labs has a propagation process orientated around producing metabolically strong yeast to result in healthy fermentations. Omega’s process aims to generate the optimal number of yeast cells, which may vary from strain from strain, to provide the best and most consistent performance for each particular yeast strain. The majority of strains that Omega provides contain at least 150 billion viable yeast cells at packaging.”

Omega Labs also have some interesting and unique strains including a OYL-052… “A strong fermenter popularly referred to as the “Conan.” This strain is thought to originate from an often-hunted, soaringly-rated Vermont beer. Its peach, apricot, and pineapple notes are steroids for hops, complementing in particular modern fruity hop profiles, like in the hot-topic New England IPA.”.  The Conan strain is used by Alchemist Brewing to produce their nearly impossible to find Heady Topper.  See: OYL-052

Check HBS for up to the minute stock and pricing: OMEGA LIQUID BEER YEAST

Today only,  Coupon code BREWTODAY takes 25% off most things sitewide.  That coupon works with Omega Labs Yeasts.  Check HBS for up to the minute price and availability.