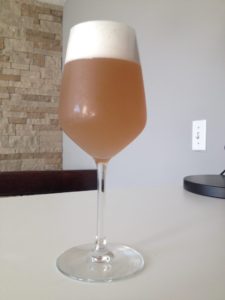 If you don’t follow Scott Janish… I think you should I really enjoy his homebrewing articles.  Many are analytical in nature.  Check out his website (link below) and also check him out on Twitter at @scottjanish.

Scott put up a new article… “Brewing With Millet”.  For that… He sources grains from Gluten Free Homebrewing, he also uses a Spunding Valve to dry hop under pressure.

Millet belongs to the same grass family as barley, maize, and sorghum. It’s said to be a versatile crop because of its ability to thrive in harsh conditions. One source mentioned that millet is one of the oldest crops known to humans, possibly dating back to 2800 B.C! There are numerous varieties of millet, with proso millet (Panicum miliaceum L.) “common millet” is likely what you will find at a place like Whole Foods or a local organic market in bulk (this is what I was able to find). There doesn’t appear to be a vast amount of research done on brewing with millet, but from what I could locate, it does appear to produce acceptable beers. Across the literature, millet was often compared very closely to sorghum, which has been used in many parts of the world mainly in European-type lagers.

One reason some might want to experiment brewing beers with millet is because it’s gluten-free. Other carb-rich grains that could be used in brewing that don’t contain gluten are buckwheat, amaranth, and quinoa (I’ve experimented with quinoa with good results, although as a part of a barley grist). Oats can be tolerated by most, but not all people intolerant to gluten. The gluten content of beers is fairly low considering the high amounts present early in the brewing process (6,864 ppm present in wort going all the way down to around 200ppm in finished beer or around 1.9%).  [KEEP READING – on Scott Janish.com]