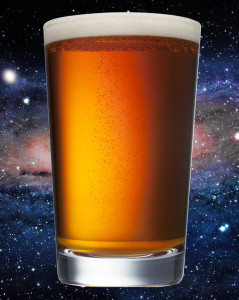 Many thanks to Wes via Great Fermentations for this special Guest Post!  Read more about Wes below.

This month, our focus is going to be on a hop variety from the South Pacific. Even though there are a handful of hop varietals from down under and beyond, one of these has risen above others: Galaxy! Known for the fruity flavors and aromas it imparts to beer, Galaxy is a hop that you may or may not have used, but one you have most likely heard about!

According to Hopunion, Australian Galaxy hops are a cross between an Australian high-alpha female hop plant and a male Perle hop plant. Galaxy is typically used as an aroma hop because of its fantastic aromatic properties. Descriptors used to paint a picture of Galaxy’s profile include citrus, passion fruit, peach, grapefruit, guava and other stone fruit. While each hop is indeed unique and no substitutes are exact, Citra is one of the most commonly discussed hops when brewers are looking for a substitute for Galaxy, or vice-versa. This means that Galaxy could be substituted in when Citra is not available, something that may happen as the popularity of Citra hops continues unabated. As far as the two go, Galaxy is described as being earthier than Citra, still having the fruitiness but with a few more grassy notes than Citra.

In terms of popularity, Galaxy has come a long way in a short amount of time. I remember the first time I had a beer that made exemplary use of Galaxy…well, kinda (sampling beers, especially excellent ones, sometimes  clouds the memory.) It was a relatively warm pour off a firkin of Sun King beer that was dry-hopped in the firkin with Galaxy (I believe it was Osiris, but again, this was a few beers into the evening.) I remember a smooth, tropical fruitiness that danced on my palate as the beer hit my tongue and made its way down my throat. Lovely! All the passion fruit and citrusy goodness were there to be sure. This was my “aha!” moment with Galaxy, and I’ve come to favor it ever since.

For our recipe this month, we are going with nothin’ but Galaxy for hops! Just a small amount as a first wort hop to cut down on the overall bitterness, then a load of Galaxy for late addition and dry hops. This will help to bring out all those flavor and aroma notes without having the beer be overly bitter. As far as the grain bill goes, we’ll keep it simple, with a majority of the base being standard 2-row brewer’s malt. However, we’ll throw in some Munich malt to supplement for a bit more maltiness and for some color, and a touch of crystal 20L malt for color, sweetness and body. Yeast is something that we could do standard and go with a Chico strain or another American ale strain…or, to make things interesting, we could ferment it with one of our new Imperial Organic Yeasts! I would lean towards Barbarian, which has purported origins from The Alchemist in Vermont, although Joystick (assumed to be the Pac-Man strain from Rogue) would be a good choice as well!

A Galaxy of Hops Galaxy IPA Recipe (for final volume of 5.5 gallons)

Extract Version: Replace 12 lbs of American 2-row with 8 lbs of light dry malt extract. Steep the specialty grains (Munich malt and crystal 20L malt) at 150-155F for 30 minutes using a muslin grain bag. Remove the bag, allowing the grains to drain into the boil kettle. Turn off the flame and dissolve the extract in the kettle, then add the 0.5 oz first wort hop addition of Galaxy. Turn the flame back on, bring to a boil and proceed as normal. NOTE: as the extract version may be less fermentable than the all-grain version, you may experience a higher finishing gravity of roughly 1.016 to 1.018 when brewing the extract version. This will in turn lead to a beer with a slightly lower ABV.

About the Author Wes has had an intense interest in brewing craft beer for ages. His brother, a brewer at Hair of the Dog in Portland Oregon, as well as the head brewer at Alameda Brewhouse, a local brewpub, first introduced Wes to craft beer during summer trips to Oregon when he was younger. After graduating with a degree in Communication from Indiana University, Wes went to Korea to teach English. Unable to find a good beer in the country, Wes soon turned to home brewing to produce his much-loved ales. Upon returning to the states, his interest took off, and he continued brewing incessantly while taking biology and chemistry classes at IUPUI. As of 2014 he has been brewing for seven years. Known around Great Fermentations as a serial brewer, he produces a vast array of different beers, as well as wine, mead and cider.