Great Fermentations “Brain Eater” Pale Ale (Extract – All Grain) is modeled after 3 Floyds Zombie Dust.  It features Citra, Citra, Citra and more… Citra.  Most of those hops come at the end through hop-bursting and as dry hops.  In all Brain Eater uses nearly a half pound of Citra. 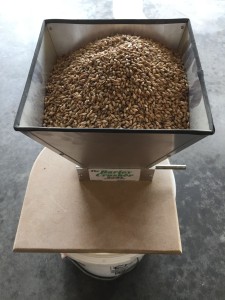 A look at part of the grain bill.  I brewed the all grain version.  That grain bill features 2 row malt, Munich, Crystal 60, Melanoidin and Carapils.  In all it’s a 13.5 lb malt bill. 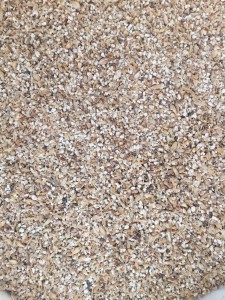 Here’s a closer look at the milled grain. 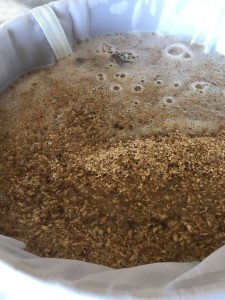 I brewed this BIAB style using The Brew Bag.  With that, I heat up the total volume of my strike and sparge water to nearly the mash temp I’m going for, add the grain bill and bring it up the last couple degrees with direct heat, while stirring.

After thoroughly mixing the grain 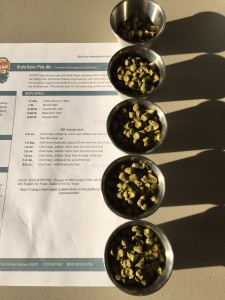 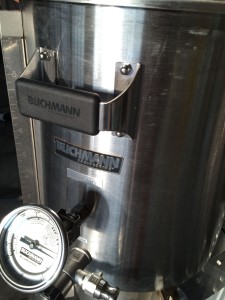 A took this kind of a hero-pose photo of the Blichmann G2 boil kettle while waiting for things to come to a boil.  The G2 is a great kettle – check out my review.  Grab one of these at GF when you pick up a Brain Eater kit.  Great Fermentations offers same day shipping (vs longer drop ship from most sources) on most sizes of BoilerMaker kettles.  They also have a full line of Blichmann replacement parts. 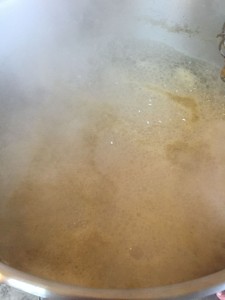 The boil is up and going with the first of 5 Citra additions.  A 6th (3 oz) portion of Citra is used for dry hopping.  In all nearly a half lb (7.5 ounces) of Citra is used to make Brain Eater. 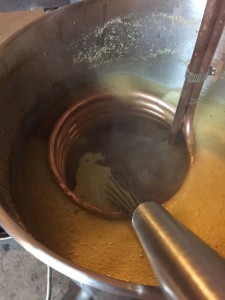 Near the end of the boil.  I have my 24″ whisk sitting in the boil kettle to sanitize.  I use this to stir while chilling and to whirlpool after chilling is complete. 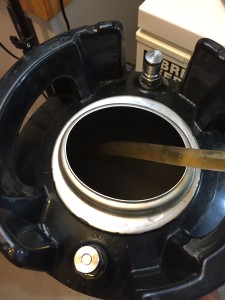 I fermented Brain Eater Pale Ale for about two weeks including 6 or 7 days of dry hopping.  Here it is getting kegged.

Of Citra, Hop Union says “Strong citrus and tropical tones of grapefruit, melon, lime, gooseberry, passion fruit and lychee”  I don’t know what gooseberry tastes like, but most of the rest of these flavors came through strongly.  After warming up a couple degrees out of my kegerator I get lots of tropical fruit, passion fruit and citrus flavors.  Mild bitterness, a firm malt backbone, but dry and drinkable.  The star of this beer is Citra.  If you like Citra, this recipe is for you.  If you haven’t tried Citra… I think you should.

I can’t get the commercial example, but if it’s close to Brain Eater, Zombie Dust is a delicious beer.

One great thing about Great Fermentations kits is that they offer a rundown of the recipe including step by step directions on the additional information tab of each recipe.

Brain Eater is available in both Extract and All Grain versions.  Both are eligible for GF’s $8.99 Flat Rate Shipping.