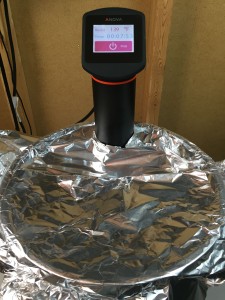 Here’s a look at Anova’s Precision Sous Vide Immersion Circulator.  This Anova Precision Immersion Circulator is 1,000 Watts, heats 4 to 6 gallons of water to 99 deg C (nearly boiling), mounts to the side of your kettle with a built in clamp, has a touch screen control for both temp and time (either F or C) and has a built in recirculating pump for keep consistent temps.  Everything that goes into the water is stainless steel, and it can be disassembled for cleaning.

Brewing uses could include: getting and keeping strike water at temp, direct use (with a filter bag in a mash tun or BIAB mash), maintaining temperature for sour mashes and getting to a boil more quickly (or helping to maintain a boil) for both all grain and extract batches.

A look at that Anova and included manual in the box 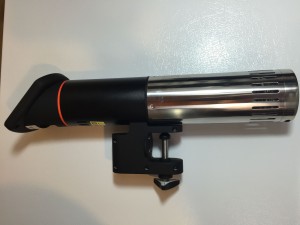 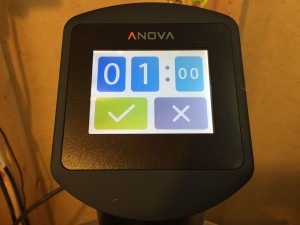 Setup and control is easy via the integrated touch screen.  This screen is for setting the option heat time. 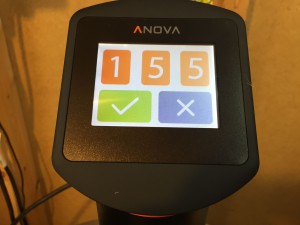 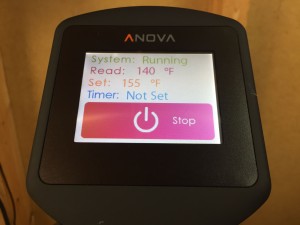 It’s worth noting that although there is a time setting, it is not required. 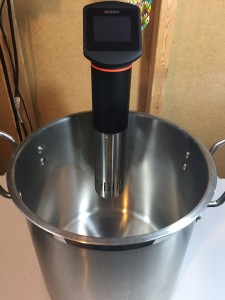 Installed. This has an integrated mounting clamp that secures the heat stick to the side of the kettle. 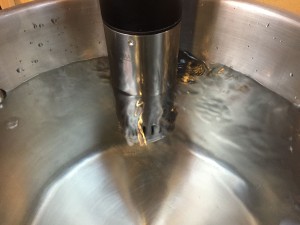 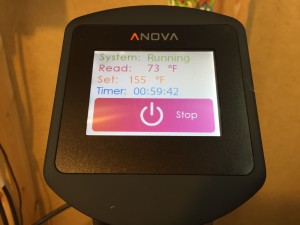 I completed a quick heating test with about 5 gallons of water in a 6-ish gallon kettle.  The water started out at 73 deg F. 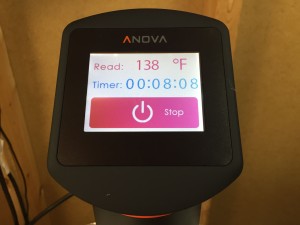 The 5 gallons gained about 65 degrees in 51 minutes. 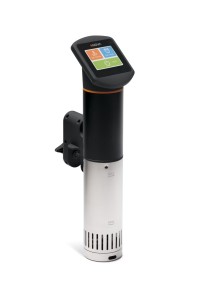 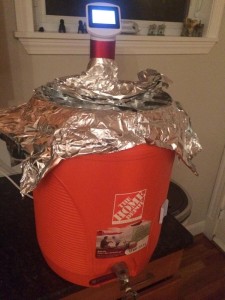 from Twitter Follower Danny – “I have successfully heated up to 9.5G of water to 160F in my MT with this. Highly recommend” – photo on right click to enlarge.

6 thoughts on “A Look At: Anova Touch Screen Heat Stick and Circulator”