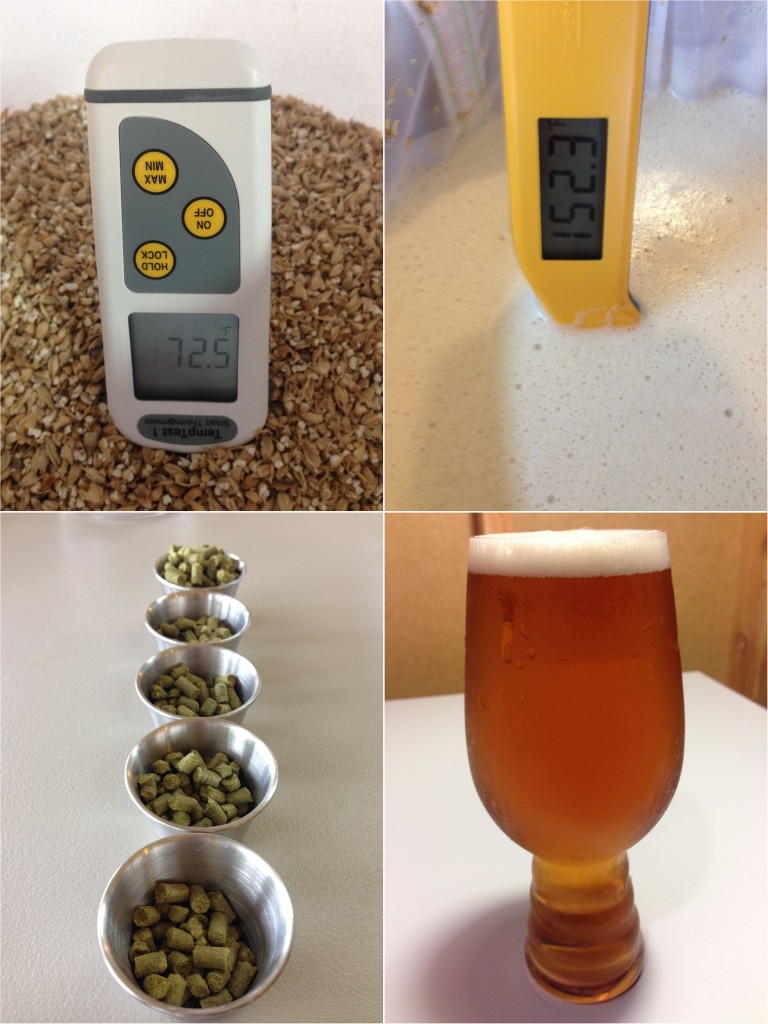 Great Fermentations has a number of great Recipe Kit Offerings.  Included in the bunch is their continuously hopped “1 Hour IPA”.  I was excited to see that as I am a huge fan of Dogfish Head’s 60 Minute IPA and generally cannot get that beer where I live.  The recipe features Simpsons Crystal Malt, Carapils, Amber Malt and Warrior, Amarillo and Simcoe Hops.  It’s available in both all grain and extract versions.  Here’s a overview of the beer from grain to glass. 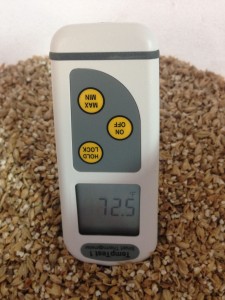 Taking the temperature of the recently crushed malt bill. 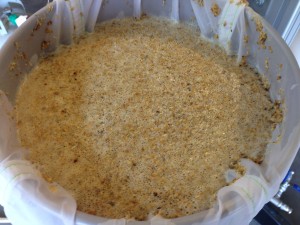 I brewed this beer BIAB style.  Here’s a look at the mash. 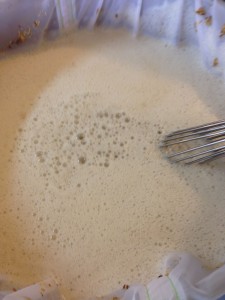 Stirring to get everything mixed up well. 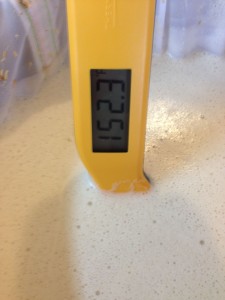 The mash is settling in at around 152 deg F. 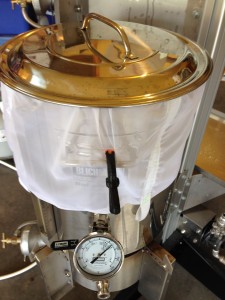 Here we are at the end of the mash.  If you take a look at the thermometer on my BoilerMaker G1 kettle (GF has a great deal on some slight cosmetic damage G1s right now) you’ll notice I’m up in the 170 deg F range doing a direct fired mash out.  That’s one of the dandy parts about BIAB.  Easy step mashes and mash outs. 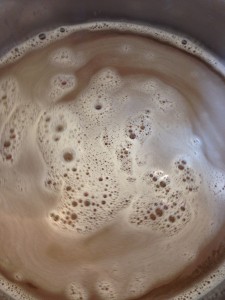 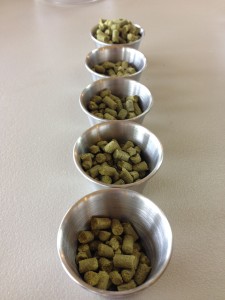 This recipe features 5 total kettle hop editions.  A 60 minute Warrior bittering addition starts it off followed by 4 Amarillo/Simcoe blend additions.  Those start at 15 minutes and happen every 5 minutes up until and including knock out.  There is one dry hop addition of the hop blend. 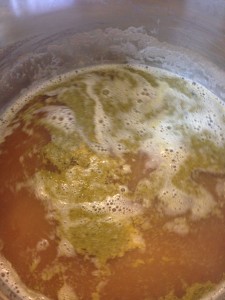 After an early hop addition 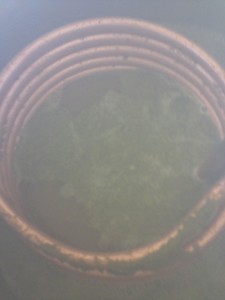 After a late hop addition 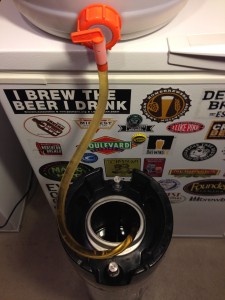 It’s kegging time.  Beautiful clear beer going into one of my kegs. 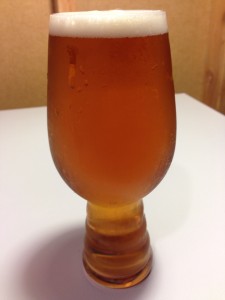 The finished product.  Of course, in a Spiegelau IPA Glass.

I wish that I could have done a side by side comparison of 60 minute vs 1 hour.  I did some searching, even out of state, and didn’t come up with any.

This beer, much like 60 minute, is a tasty and drinkable IPA.  IBU and alcohol-wise it’s on the lighter end of the scale for current push-the-limit American IPAs (that I also enjoy).  The keg went quickly, I almost did not get the finished in-the-glass picture at the end.  I think this was the second to last pint.  I enjoyed it very much and the speed at which the keg was depleted is a testament to that.

The taste that I walk away with, from 60 minute, more than hops is the great nutty, roasty flavor of the British Amber Malts.  I do get that in 1 Hr IPA.  As I said, I like that flavor, so, next time I would add another quarter lb or so.  Not that this beer needs it to be more like 60 minute.  It’s been a while since I’ve had one of those, so I can’t tell you that for certain.  I just like the flavors that that malt adds.

Check it out – All Grain and Extract