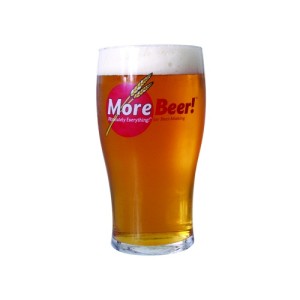 Product Description – Here  Use coupon code BEERDEAL to get this discount.

Looking for the perfect Pale Ale to share with friends this summer? Do you like a Pale Ale with a rich malt flavor and a ton of hop character but without an overwhelming bitterness? Then the Pale Ale II should be your next brew.

We took our American Pale recipe and upped the malt, threw a ton of hops in the finish for flavor, but kept the bitterness the same. We think toning down the perceived bitterness is one reason we consistently get great reviews from brewers sharing this with friends.

Keeping it real: Part of the success of this kit is blending a lot of Willamette and Cascade hops in the finish. This isn’t a wild, new or crazy idea… this is old school. Cascade and Willamette were the hops that helped put craft brewing on the map in the 1980’s. The reason they are still so popular… they make a damn good beer.

Truly delectable and different yet still keeping it real.

Availability: This is a More Beer Deal of the Day.  Quantities are limited. Check the Deal of the Day section – Here – to see if this is still available.

This ships for free as part of MoreBeer’s Free Shipping Promo.  Grab your next recipe kit – See: BrewMaster Series – Brewing Pliny, some gear, something that’s on sale or clearance and put together a $59 order to get free shipping.